For some unknown reason I keep clicking on any article where a celebrity talks about motherhood.  O.k., I know the reason.  It's because she is pretty and has on pretty clothes and I, too, long to sit around in pretty clothes and have someone photograph me.  That is not likely to happen unless you count my daughter who went through a phase where she would sneak into our bedroom and take pictures of us sleeping with our own phones.  So, that's a topic for another day.

Anyway, I keep reading these stupid articles and then I get mad and then I am yet again annoyed that I fell into the trap one more time.  Surely this must be the goal of publishers when they write these articles anyway.

The one that got me this week had a gorgeous actress showing off her sweet little baby boy...there was breastfeeding in a designer gown and great cleavage shots due to breastfeeding mom endowments.  I didn't get mad until the question about being a working mom came up.

The actress said that she was definitely going back to work and that she wasn't going to "sacrifice any part" of herself.  Now, I'm sure she's a lovely person and I get what she most likely meant and in the context of an entire conversation it probably didn't sound like she thinks everyone who's ever sacrificed something for their kid is an idiot.  But the blurb the article printed certainly came off as though mothers who sacrifice parts of themselves are just not willing to work hard enough.  It was SO frustrating.

I'm not mad at the actress herself.  Really, what is she going to say when asked about working motherhood?  She wants to keep getting jobs and she wants to raise her kid.  She has to say something.  It's the fact that every one of these types of articles is written as though the famous person being interviewed has some sort of advice for the millions of working mothers in the world that gets me.

I know that even famous people have to figure out nannies and how much they see their kids in the daylight, but the rich and powerful have a far more flexible set of circumstances with which to work. When Marissa Mayer (CEO of Yahoo) had a baby just as she was transitioning into her executive role, much was made of her decision to return to work 4 weeks after the baby's birth.  Yes, it is hard to do anything with a 4-week-old. It is a lot easier, however, if you build a nursery onto your C-level office and have your nanny come to work with you.  If I were Marissa Mayer, I would do the exact same thing.  I don't begrudge her decision at all--I am, however, completely annoyed that this was somehow supposed to mean something to other women faced with making work/life balance decisions. Take Your Kid to Work Month is not really an actual thing.

We don't seem to like to talk about this as a culture, but most American companies are so uncomfortable with how to create a balance between home and work that they just pretend you don't have a home life.  It's totally fine to share the cute thing your kid did at lunch with your coworkers, but a sick kid should never be the reason you're late or staying home from work.

When I worked outside my home, I was a school teacher.  You would think that teaching public school would be a job that supports new and working mothers, but it has it's own problems.  In my district (a very large one in metro Atlanta) there is no actual maternity leave.  You are allowed to take days off as required by the Family and Medical Leave Act, but you use your accumulated sick leave if you want to get paid.  Men and women are given the same (rather generous) number of sick days each year and you can accumulate them from year to year.  It is absolutely the same rule for everyone, but it certainly feels unfair when you need to take maternity leave.

When my daughter was born I used up all of my sick leave to stay home with her in her first weeks of life. When I returned to work, I had no sick leave which meant that, until the next school year started and I earned more sick days, I was just docked part of my salary if I had to take the baby to the doctor.

I actually got into an argument with a male co-worker over the fact that we did, in fact, have an hourly pay rate. Of course we were salaried employees, but to determine how much pay to dock me for going to the doctor with my newborn, the county took my yearly salary, divided it by the number of days teachers were required to work that year (it varies depending on the whims of the state legislature) and then divided that number by 8 hours.  That was my hourly pay rate.  In order to get a substitute you had to take at least 4 hours off.  So, after returning from giving birth I was charged about $120 in salaried pay for taking my newborn for a well visit. And this was my job working for our government.

These are the kinds of stresses that moms face all over the nation every day.  My required time at work was at least over by about 4 p.m.  I still graded papers and other stuff, but I could leave if I needed to.  And, of course, teachers get far more time off than most professions.  For every working mom in the country there is some sort of grinding, challenging, no-win kind of situation she will face while trying to create a semblance of both motherhood and her working life.

Lots of women don't have the choice to work or not. My own mother was our primary wage earner for most of my life and it was just plain hard.  She sacrificed far more parts of herself both working and mothering than she would have doing only one or the other.

I think what really makes me angry about these celebrity articles is that, for all the talk the notion of work/family balance gets, there aren't very many actual solutions for the problems of everyday working moms.  Where can you find affordable child care?  In my community my child care literally outpaced my salary--my entire salary--by $100/month.  I could drive really far out of my way for childcare, I suppose, but anyone who's ever visited Atlanta knows we'd do almost anything to avoid traffic.  And I have the luxury of owning a car and being able to afford gas.  What would my option be otherwise?

Where can moms go to be assured of the quality of childcare?  There's no real certification process of nannies and the ones for daycare facilities vary wildly.  I don't have great answers...I'd just like to read an article that addresses the very real concerns women are faced with just because they have children.  It's not like having kids is the outlier here...lots of people have children.

Once, quite a few years ago, I was watching the Rosie O'Donnell show.  Remember that?  She used to shoot koosh balls into the audience.  Anyway, someone she was interviewing said, "I don't know how you do it with all your kids."  According to my somewhat fallible memory she responded, "Me?!?! I have a nanny, I have help.  Ask a woman with four kids working at McDonald's how she does it. That's the question."

That's still the question--a woman was recently arrested and subsequently fired from McDonald's (she was later rehired) because she let her 9-year-old play at a park while the mom was a work.  I don't know if what the woman was doing endangered her child in her community or not, but I'm pretty sure the mom was trying to do the best that she could with limited resources and her kid out of school for the summer.

We still don't have many answers and the people who need them the most, moms in the midst of building careers,  putting food on the table, and raising children, are too incredibly tired and busy to lobby for some other option.  We are losing well-educated women from the workforce, creating family tensions that are not helping our children any, and for some reason, still only asking women how they do it and ignoring dads.

Here's what I know we moms can do.

Working moms:  Stop using language like "I'm not going to sacrifice any part of myself."  It is insulting to assume that people who quit or went part-time or turned down promotions are idiots.  I can't tell you how many people have said to me, "I don't know how you stay home.  I would go crazy."  Umm, thanks?  I guess the lobotomy helped?  Don't judge them. Very few women really only want to change diapers for the rest of their lives--this is a phase and they're doing the best they can.

Stay at Home Moms:  Stop shutting the working moms out of your stay-at-home mom PTA play group.  It's mean and it makes your kids weird.  Invite a working mom's family over for dinner during the work week so she doesn't have to do it that one night.  Call your working friends and listen about their work drama--it helps them get it out before they get home. And don't judge them...they're doing the best they can.

All moms:  We are ALL doing the best we can.  Be encouraging to women you see out in the world. I saw an acquaintance at the movies the other day who is expecting her first child.  I told her motherhood was fun and she gushed, "OH, THANK YOU! I can't tell you how many horror stories I've been told lately between the birth and the newborn phase." How twisted is that?  Of course it's hard, but our constant negative dialogue about all motherhood topics is not helping anyone get through this any better.

Now, if you'll excuse me I need to go put on a silk gown and change a diaper while someone takes pictures. 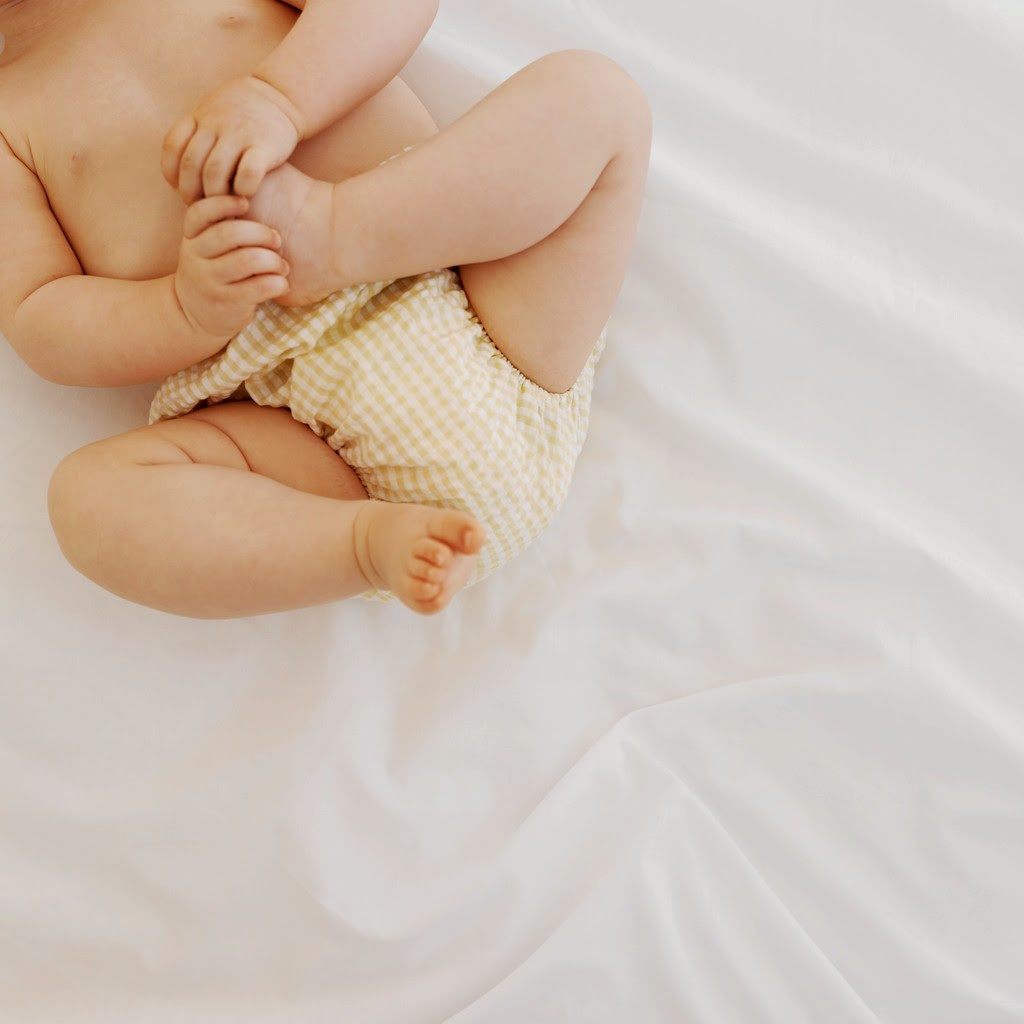 Posted by Best Mom at 4:45 PM
Email ThisBlogThis!Share to TwitterShare to FacebookShare to Pinterest