Stay on Your Horse 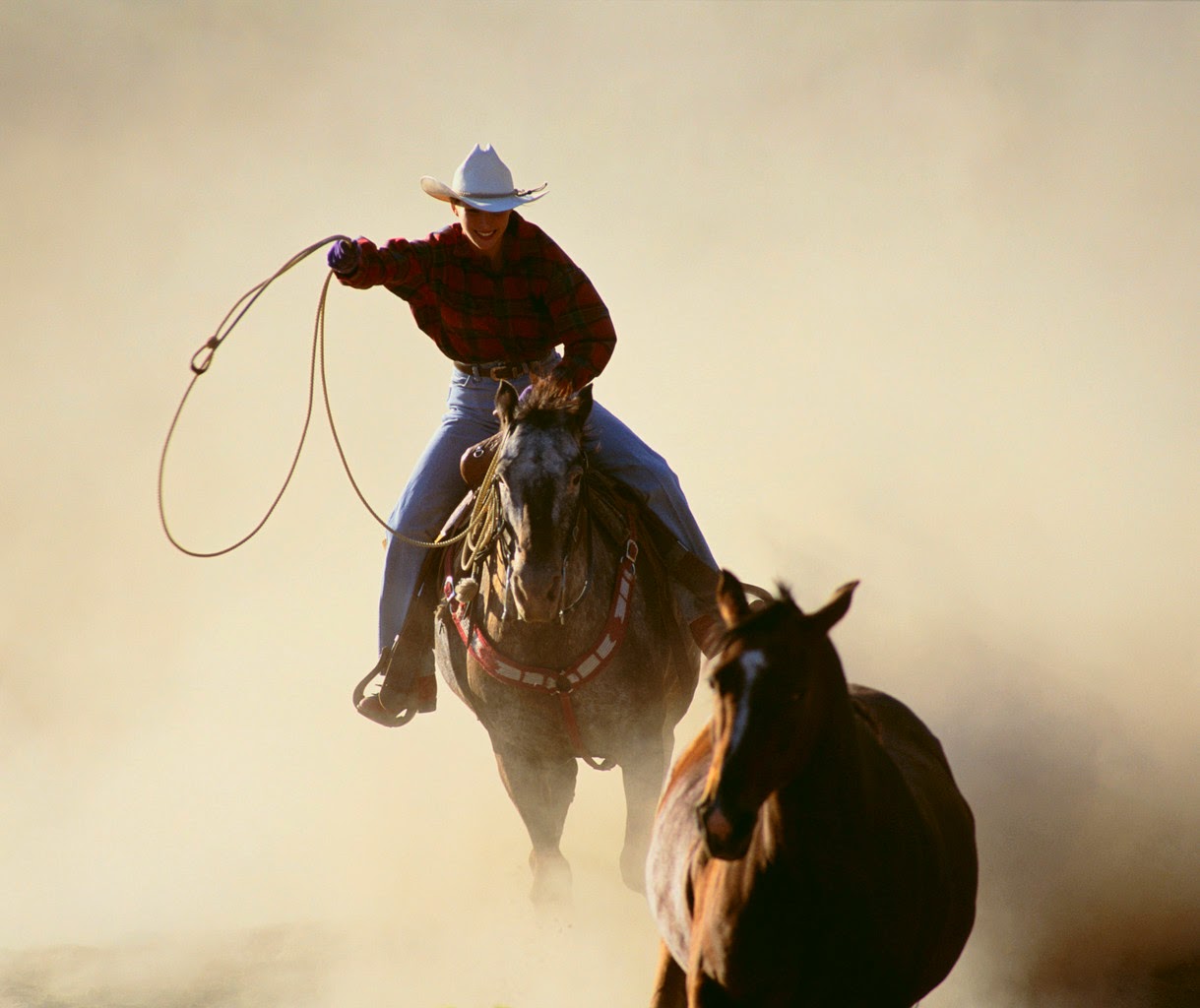 My parents apparently watched a lot of Westerns growing up because their advice frequently took the form of sage wisdom you might get from a cowboy. In fact, my mother's favorite movie line is from a 1970 Western/comedy mash-up called The Ballad of Cable Hogue. It goes like this:


Reverend Joshua Sloane: Vengeance is mine sayeth the Lord.
Cable Hogue: Well, that's fair enough with me... just as long as he don't take too long and I can watch.

It's amazing I'm as well adjusted as I am.

So I got advice like "you can lead a horse to water, but you can't make him drink" and "if you fall off your horse, you get right back on." I have ridden a horse maybe...twice?...in my life. Why so many horse-related sayings?  I have no idea. I guess it worked, though, because not only do I remember them, I've been thinking a lot about this next one lately.

Honestly, I don't know if you can change horses mid-stream or not. It seems difficult, but not totally impossible.  There might be swimming involved.  But I get the idea--if you start out on a journey with one mode of transportation it is going to be incredibly difficult to change your mind without getting really, really wet.

I try to keep this in mind in my parenting. Sure, I have the freedom to change my mind or course-correct if I discover a particular tactic not working with my kids, but it is a lot easier to start out as I mean to go on. Excuse my dorky history self, but it reminds me of a little-known period of African history that has been all but forgotten in modern curricula.

In the 1800s, after several European nations had conquered almost all of the continent of Africa, there was a period of uprisings of native groups of people. These groups managed to re-take their land and rule themselves freely, for however brief a time. When taken together, these successful rebellions are called the "Reclamation."  People groups who had fought against each other for generations came together to throw off their English, Dutch, German, Italian, and French oppressors.

The Reclamation was a time of increased national identity for Africans that reflected the nationalistic fervor being experienced in Europe, particularly in what would become the modern nations of Germany and Italy. So why didn't it last? It didn't last because the newly formed nations that centered themselves around a sense of national unity couldn't hold fast to that course of action. They decided, mid-stream, to separate into a loose and fragmented confederation of sorts which allowed the Europeans to reassert their dominance. You can't change your horse mid-stream.

O.k., that was a lie. That whole thing about the Reclamation. That's not a thing. It didn't happen and is totally made up. I have to give props to Dave Boyd, a former co-worker and fellow World History teacher, for that entire spurious history lesson. A decade or so ago, Dave mentioned to me that so few people knew anything about history that we could make up an entire unit of study and not only convince our students, but probably quite a few teachers as well.

And not to sound too terribly arrogant, but Dave and I are both....let's go with "confident." If the two of us had sworn up and down that these events happened, other people would have followed our lead without doing their own research. It just sounds so reasonable, doesn't it? It could have happened that way. There were facts (fake ones, but still) and sources that seemed trustworthy.

Here's the thing: to my children, the ENTIRE WORLD sounds like that. They can be convinced of almost anything if it's said in a reasonable voice by someone whose motives are not obviously clear. That's why it is my job, even when it causes awkward conversations, to tell my kids what I actually think about things in the world. It is my job to offer real guidance and guidelines while they're still listening to me.

When I was teaching I got an invaluable opportunity to observe a variety of parenting styles on hundreds of different personality types. One thing I noticed was that the parents who said "I don't want to influence their thinking" wound up with kids who were desperate to follow someone else. I know that those parents were attempting to empower their children to have their own thoughts and to make up their own minds about controversial topics--religion, sex, drug use, and political choices, for instance.

Their unintended results, however, were kids who thought they had the experience and information needed to make very adult decisions on their own. Most teenagers will go through that phase, but the ones with parents who had a clear moral point of view at least knew that Mom and Dad would not approve of a particular behavior and therefore had a guardrail of sorts.

I don't want to brainwash my children into weird zombies who cannot think for themselves, but it is my responsibility to help them navigate a world where everything--from middle-school-aged sex to recreational crystal meth use--can be made to sound reasonable to their not-yet-developed minds. They need to know that I have a point of view, why I have that point of view, and that I am living that point of view daily.

And that brings my two ideas together. I need to get across my belief system and moral standards, but if I wait until they are faced with these decisions and then try to explain it all, I'm not going to have much credibility with them. I'm going to be trying to change horses mid-stream and we will all get very wet.

So I'm trying to be aware and ready for all those "teachable" moments in their lives. When I get asked questions about Red Ribbon Week at school, I throw in there that any drug that alters your mind can do damage. I point out that even mild ones can sort of "freeze" a kid's brain development and their future ability to make good decisions.  Maybe I'm the crazy mom giving her 4th grader too much information on the legalization of marijuana, but I'd rather be crazy than blindsided when my kid is taking hits in the bathroom at school.

When we saw pictures of Angelina Jolie's wedding dress and my daughter wanted to know who the kids were who drew on it, we wound up talking about how big of a commitment children are and that it is much easier to raise them with a husband first. There are actual reasons we value marriage so very much and not just an outmoded sense of convention.

These are little things, but they will matter. When I use these opportunities to share my world view, and why I hold those views, I help my children navigate future situations where the stakes may be very high indeed. I become someone trustworthy, a voice worth listening to, and the giver of advice worth internalizing and even sharing with others.

How do I know this has a chance of working? Because that's what my mom did--with humor, and grace, and a lot of stories about horses. Let's be bold, let's be intentional, and let's all stay on our horses. When it comes to parenting our sweet children, we don't really have a choice.
Posted by Best Mom at 9:58 AM
Email ThisBlogThis!Share to TwitterShare to FacebookShare to Pinterest