Thoughts on Wallpaper...because it is vitally important to society 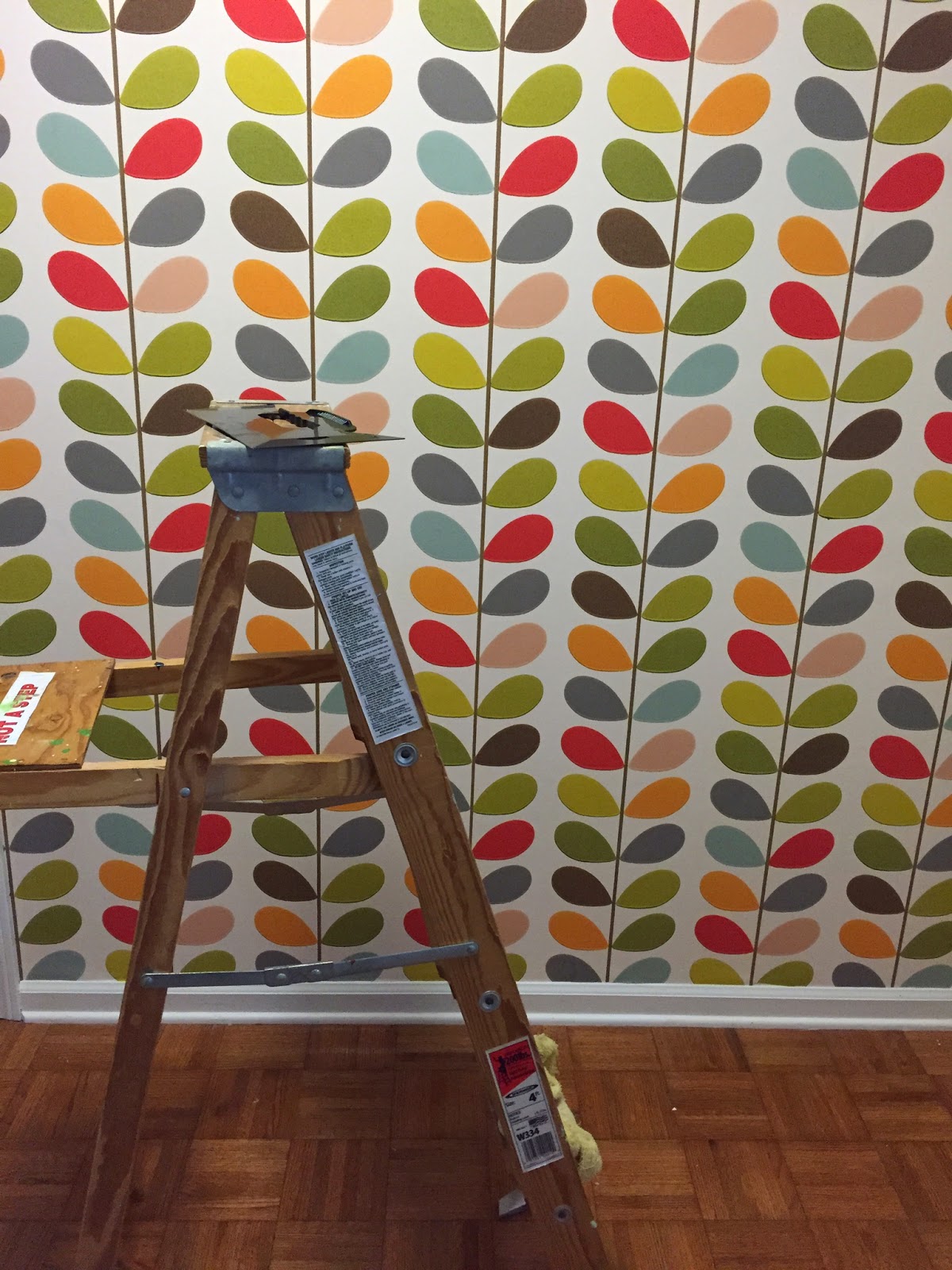 O.k., it is not vitally important to society, but based on the reactions I got when I told people I was going to hang wallpaper in our new house, it is a decorating technique about which people have strong opinions. Most gave off a fascinated, incredulous, faintly disgusted air as though I had just announced I was leaving Jay to marry my cousin. (What's up cousins? I'll let you guys decide which one.) I can only assume that you all, like me, have had one or both of the following run-ins with wallpaper:

1. You have attempted to remove wallpaper stuck directly to drywall using that horrible round scraper thing (that just leaves 8 million tiny holes in your wall), the steamer that makes a soggy mess, and/or the terrible smelling "remover" that seems to have no effect whatsoever...

2. You recall that time in the 70s/early80s that your parents tried to hang wallpaper together in the bathroom and they got into a fight so loud you thought that Daddy might be going to live in a different house and then he kicked your Big Wheel.  For instance.

The wallpaper I used was not like that kind of wallpaper at all. It is called "paste the wall" and you literally paint universal wallpaper paste onto the wall in a strip just a little bit wider than your roll, cut a strip the same length as the height of your wall, and stick it up there.  The paper feels like really high quality wrapping paper or maybe butcher paper so it is easy to handle without tearing, pulling, or bubbling. You also don't have to do any soaking or "booking" like old wallpapers. You can re-position it without it tearing fairly easily. And, although I did not test this, my research said that it actually comes off in one piece which makes it popular with renters in older buildings in Europe. We'll see if that holds up when I get tired of wallpaper.


To be honest, I don't really know if this is a common U.S. product yet or not--I fell in love with an Orla Kiely print (Multi-stem Original, if you like it yourself) and I could only buy it from Europe. It was oddly difficult to search for wallpapers online--there are so many choices and so many I hated--and I didn't even know there were different types when I started. I found this Youtube tutorial by these lovely British people who can give you more advice than I could on how to hang it. They mix their paste up from a powder, but here in the U.S. it just comes in a resealable gallon already mixed.

Here are my two cents on how this little project went for me.

Tools:
ladder
paint brush (get a wide one)
paint tray (to pour paste into)
universal wallpaper paste ($20 at Home Depot or Lowe's)
measuring tape
scissors
utility knife
washcloths (wet to wipe off paste on the front of wallpaper, dry to smooth paper down)
plastic straight edge (like a painters' edge--to get paper into corners and around trim)

This really wasn't all that difficult. I told Jay it was like a cross between painting a room and wrapping an oddly shaped gift. He said, "so something I'd be really bad at." Um,,,yes.

The hardest part was going up and down the stupid ladder I fell off of a few weeks ago while painting a sun on a ceiling and that I chose to put paper on all four walls of our small foyer. There was a door or doorway on every wall so there were also corners and door frames in almost every strip I hung. I think I hung just two strips that only needed trimming at the top and bottom.

It certainly helped to have a graphic print--the nature of the print itself makes seams harder to see. Also, working quickly made it easier to trim because the paper becomes more malleable (and therefore harder to cut in a straight line) the longer it is on the wall. One last tip, if you do all four walls know that it is not possible to have the pattern line up in that last corner so start in the corner you think is least important so that you will finish there with the mismatched print.

I actually really like it and think it would not be hard for most people, especially if you just wanted to do one accent wall. It is more expensive than paint (like 60-100 dollars a roll expensive) and you probably need one more roll than you think you need to match up your pattern. I ordered mine from www.wallpaperfromthe70s.com and it shipped from Germany and was at my house in three days. For some reason, the UK was unable to get me their wallpaper.

Final verdict:
Easy to do, low to moderate expense (depending on how much wall you're covering), takes a few hours, and I love the result. Yay wallpaper!

Posted by Best Mom at 11:23 PM
Email ThisBlogThis!Share to TwitterShare to FacebookShare to Pinterest